Deploying quantum technologies in space, while complex, will be truly transformative on a global scale. The International Network in Space Quantum Technologies (INSQT) is a new project led by UK Quantum Technology Hub Sensors and Timing researchers at the Universities of Strathclyde and Birmingham, which aims to build a consortium of internationally leading academic and industry groups to tackle space engineering challenges of translating terrestrial quantum technologies to space.

Fair distribution of resources across the globe is a constant challenge in the modern world, but quantum technology in space will facilitate indiscriminate dissemination of resilient timing and secure communication. Highly accurate geological monitoring will help to combat the impact of climate change, and aid better detection of potential catastrophic natural disasters such as earthquakes and floods. As with much of the research carried out at the QT Hub, INSQT ultimately aims to facilitate a secure national critical infrastructure which is fit for the future.

The UK National Quantum Technologies Programme has already seen significant success in space exploitation, such as the CASPA project. INSQT, which also partners with industry companies Airbus, Teledyne e2v, Satellite Applications Catapult and Fraunhofer, aims to combine the quantum technology community’s collective knowledge and experience to develop and innovate new ideas and concepts, and accelerate the field by exploiting parallel advances in the space systems development. These collaborations are essential in overcoming the significant obstacles in deploying quantum technology in space, such as the extreme levels of radiation, power and size constraints of satellites and the ability to survive beyond the launch.

“In line with the UK’s efforts to develop space capabilities, we are excited about building on the successes of quantum technology developments already achieved in the UK Quantum Technologies Programme and exploring the enormous potential in space applications”
Professor Kai Bongs, Principal Investigator at the UK Quantum Technology Hub Sensors and Timing

The end goal of the project is not only to develop a strong quantum space community, but to also produce white papers on specific applications in environmental monitoring, global security and sustainable development, paving the way for a formalised future space quantum network. 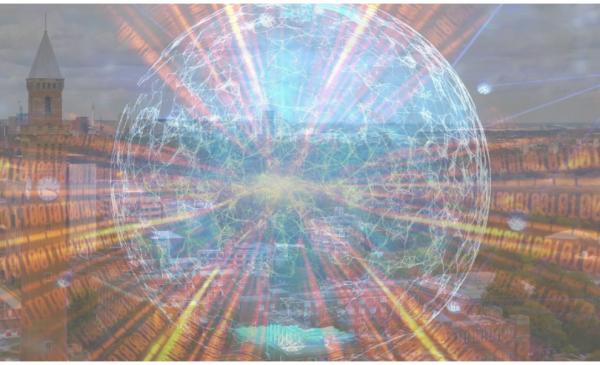